Its remains are located in Las Aulas square and date back to the 14th century. The origin of the present city of Castellón de la Plana is located in the vicinity of the Mount of la Magdalena. Conquered his term in the year 1233, during the 13th century the place was given to members of high nobility who would not consolidate the Manor. In the year 1239 was awarded Charter puebla and the population was settled in the more fertile land of the plain, around the hamlet of Benirabe. In the year 1297 Jaime II regained the place for the Crown. At the end of the 14th century the population was refortificada and artillada.

He participated actively in the Guerra of the Germanías in favour of the rebels, so that after their defeat at the hands of the Duke of Segorbe, the city was sacked and its leaders executed.

During the war of succession, he kept the cause of Archduke Charles. To date, there is evidence that Castellón was walled, but after the defeat of Almansa the Duke of Berwick demanded the demolition of the fortifications. 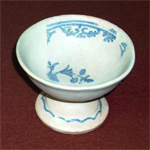 In the course of the Guerra de Castellón independence was the scene of numerous actions of weapons. Taken by Marshal Suchet, the French remained in it until 1814, despite the harassment of the Franciscan guerrilla nicknamed 'El Frare'. During the Carlist Wars it remained faithful to Isabel II, so it was besieged several times by the troops of general Cabrera.

The vestiges of the Torre dels Alçaments are currently in an underground aula-museum, with access through Las Aulas square. It was discovered recently, and is the only significant vestige of the medieval fortification of the city. The section of preserved tower corresponds to the base of one of the gates of the walled enclosure of Castellón.