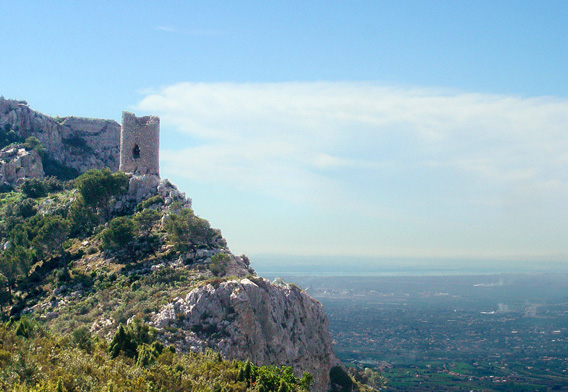 The name of desert is the term the discalced carmelites designate with those solitary places and away from the population, those who they retire to dedicate to contemplation and prayer. Since that in the area abounded and still abound today, the palm (Chamaerops humillis), the park was renamed as Desert of Les Palmes. The lands of the Desert de Les Palmes have been inhabited since the Neolithic period, although its history really begins with the arrival of the Carmelite fathers.
Information Centre "La Bartola"
Web Conselleria

paratge_desert@gva.es
The Palms Desert Natural Park has been a protected area for more than 20 years and is located in the province of Castellón. It covers an area of 3000 hectares and is so diverse and extensive that it belongs to five boroughs: Benicássim, Cabanes, La Pobla Tornesa, Borriol and Castellón de la Plana. It is situated in the coastal mountain region of the Plana Alta, parallel to the coast. It has many peaks and crags. From the highest peaks, the Mola del Morico (694m) and the Bartolo (729m) visitors can enjoy an amazing view of the coast.The climate of the park is characterized by being clearly Mediterranean, but its proximity to the sea gives it a special climatic characteristics due to the Levante winds that, moisture-laden, cause mists allowing the formation of more humid microclimates. The natural space counts with a series of ruins and buildings of considerable interest such as the castle of Miravet, Montornes and the castle Viejo, as well as the hermitage Les Santes and the Magdalena. 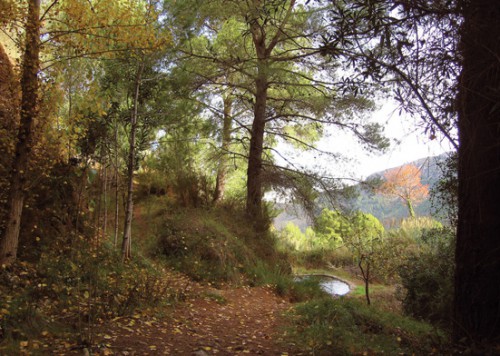 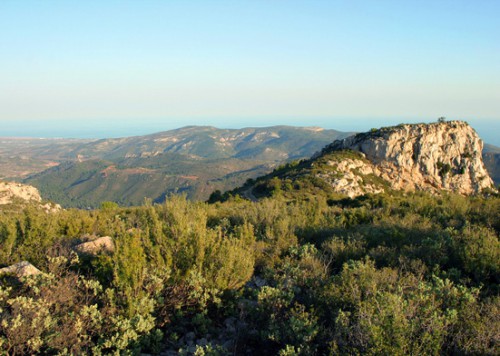 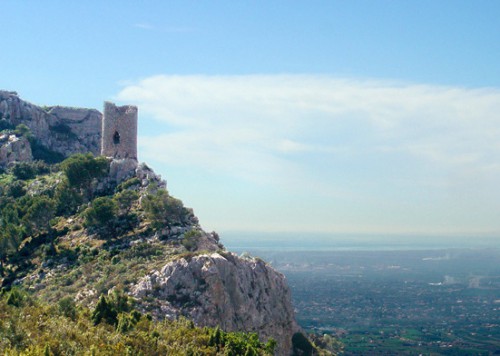 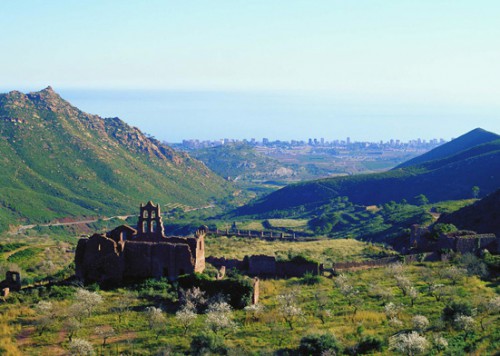 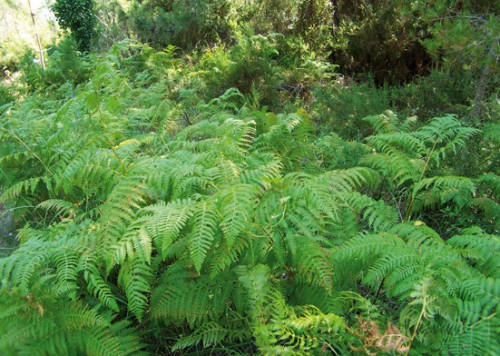 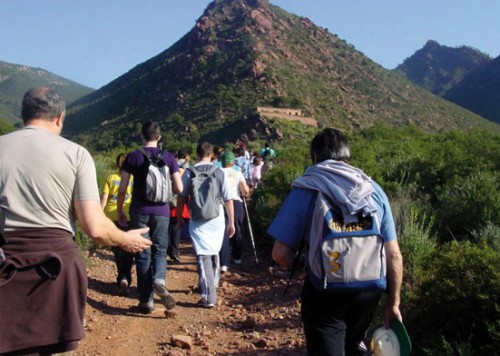 Without a doubt, the Desert of Les Palmes represents a valuable enclave from the botanical point of view, since it houses interesting plants and plant communities, some of which are endemic or very rare. In addition, by their lithological characteristics, there is an alternation between silicias and limestone areas that is also apparent in the plants which they develop on them.

On a smaller surface area, the Desert is occupied by formations of pine trees, with species such as maritime pine (Pinus pinaster) and the aleppo pine (Pinus halepensis).

The variety of environments allows the existence of very diverse faunal communities. The amphibians are represented by the Natterjack Toad, common toad, the trained midwife toad and the common frog. Among the reptiles we have the Ocellated Spiny lizard, long-tailed lizard, the iberian lizard and the Iberian "eslizón". In terms of the ophidians we can cite to the horseshoe Culebra, ladder snake, bastard snake and the straight snake.

In the Park there have been recorded over 120 species of birds, being the group of vertebrates the larger one. Among them stand out some diurnal raptors such as the Bonelli's eagle, the kestrel, peregrine falcon, sparrowhawk, etc. , and other nocturne as the barn owl, the autillo, the owl, the long-eared owl and royal owls.

It is common to see partridges, wood doves or common pigeons, as well as a large number of passerines distributed in the different ecosystems of the spot, among which we can observe typical species of maquia and scrub such as the wetlands, garden warbler, Blackcap long-tailed, common stonechat, blond wheatear, etc.

Another important group are the species linked to the forest environment and to the rocks, which constitutes the other great unity of vegetation of the site. Among these we find the green woodpecker, wren listing, wryneck, Hispaniolan crossbill, chochín, Blue rock thrush, Black Redstart, black wheatears, the raven.

Among the mammals it should be noted the presence of carnivores such as the genet, the marten, weasel, badger, and other such as wild boar, rabbit, fox, squirrels, hedgehogs and several species of bats.

Located in the municipal term of Cabanes and conquered to the arabs by the Cid in 1091. It is believed that Miravet, according to its terminology, was a monastery of muslim warrior monks dedicated to the Islamic holy war. What can be hisghlighted about this castle is its great state of conservation.

The king Jaume I conquered these lands in 1233 and a few years after, he authorized the concentration of the neighbors in the land of the plain, whose date marks the birth of a new city named as Castellon de la Plana. Each year, and since 1378, it is commemorated the birth of this city with the procession of Las Cañas where people moves from the city of la Plana to the hermitage of la Magdalena.

Located in the municipality of Benicassim, it was one of the most important Arab fiefdoms of these lands. It is a construction of the tenth century, inhabited until the end of the fifteenth century and witness of some of the major events such as the possible encounter between King Pedro I of Aragon and the undefeated caballero Rodrigo Díaz de Vivar, El Cid, circa the year 1094.

The hermitage of Santes is located in the Barranco de Les Santes, approximately seven kilometers far from Cabanes. The bishop of Tortosa ordered to the faithful of Cabanes to reconstruct the old hermitage in ruins and in 1617 it was placed in the new altar the image of Santa Lucia and St Agatha. Afterwards, the Bishop Francisco Gavalda Guasch donated the image of the Virgin of the Rosary, who was proclaimed patron saint of the village, known as Our Lady of the Buen Suceso. Currently the hermitage Les Santes is chaired by the three mentioned saints. 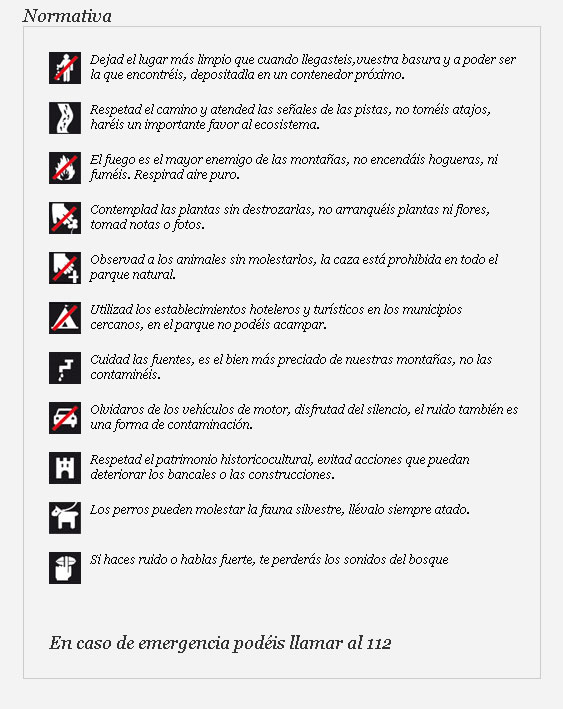 Duration: 2 h - Ramp: 300 m - Distance: 5'3 km. From the town of Benicassim this journey takes us to one of the most prominent landmarks such as the Font Tallà.

Duration: 5 h - Ramp: 450 m - Distance: 13'5 km. Circular path for much of the natural reserve, which allows us to both the coast and the interior of the protected area.

Duration: 1 h - Ramp: 160 m - Distance: 2 km. We meet at one of the castles in better condition throughout the park, with delightful views to the coast. 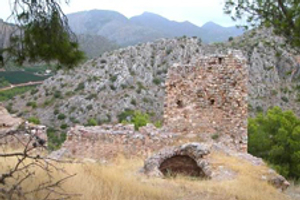 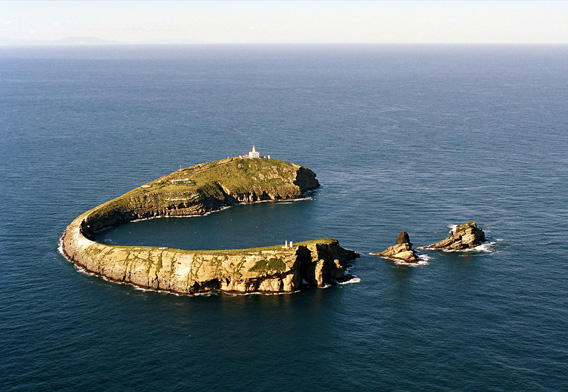 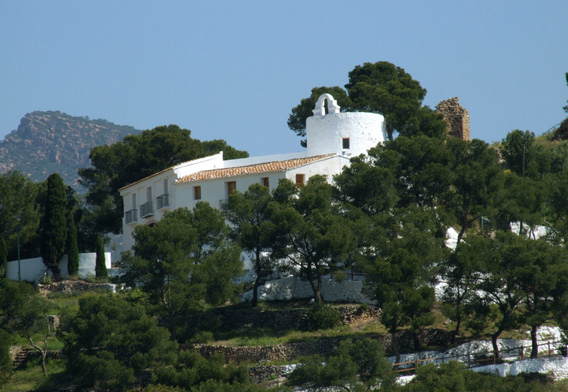 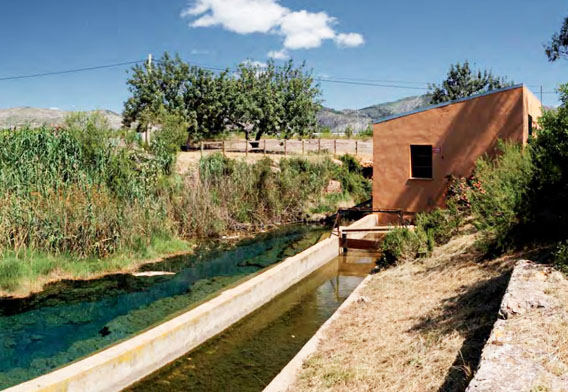