On the hill of La Magdalena is located this castle, origin of the current city, and the hermitage of La Magdalena, too. It is an occupation place from the Neolithic. The remains of the castle are of Islamic origin, and its origins date back in the X or XI centuries. It must have been tributary of El Cid, passing to the almorávides in the 12th century. It was retaken in 1233 by the Christians, and King Jaime I authorized to his Lieutenant Ximén Pérez d’ Arenós the transfer of the population to the plain in 1251, and founded the city in 1252.

The castle has a staggered shape conforming to the shape of the hill. The factory is of mud and masonry to the mode of Arab construction techniques. He had few Christian interventions. It is composed of three parts. The upper is the Alcazaba, where are preserved remains of walls with three semicircular towers and several wells. The Albacar, with larger dimensions, is the intermediate zone. It has other three towers, and the hermitage of la Magdalena is located in it.

The hermitage is carved into the rock. In the 15th century (1455) was built the portico, in 1456 the chapel, and at the end of the same century the barn was held. In the 17TH century were built the kitchen and water tank. In 1758 the maestro Vicente Pellicer gave the current configuration of hermitage-guesthouse and attached tower. It is a building consisting of two parallel naves divided by an archway that gets down in the middle on two columns and ends in two pillars. There are wall paintings in an interior wall, dating by some authors in the 14th century. The chapel is covered by a barrel vault.

Outside it has an entrance with a lowered arch portico, where is the accesses cover. It is a semicircular arch with regular segments. From the portico leads to the guesthouse in which there is a patio as a hallway, which is passed to a room that precedes the kitchen; on the other side, there is a room that has three outdoor balconies and one interior, open to the church.

Castell Vell and hermitage of la Magdalena are catalogued as asset of Cultural interest, and ranks inscribed in the National Heritage and Cultural Heritage of the Generalitat Valenciana. 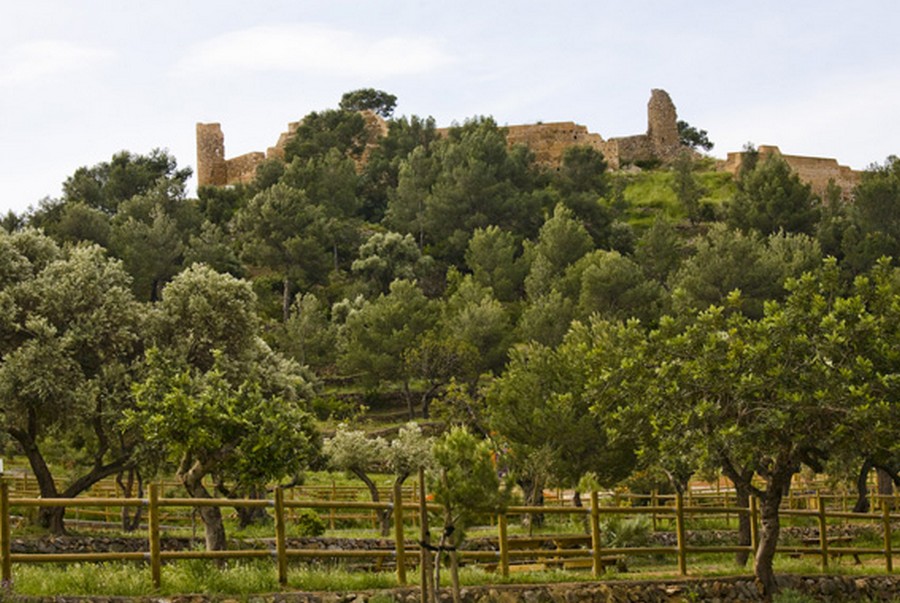